Roman Barten-Sherman is off to study music at Tufts University at the end of August. The Tucson blues guitarist is performing a farewell concert on Saturday, Aug. 14, at the MSA Annex

Roman Barten-Sherman from the the 34th Annual Tucson Folk Festival in 2019. 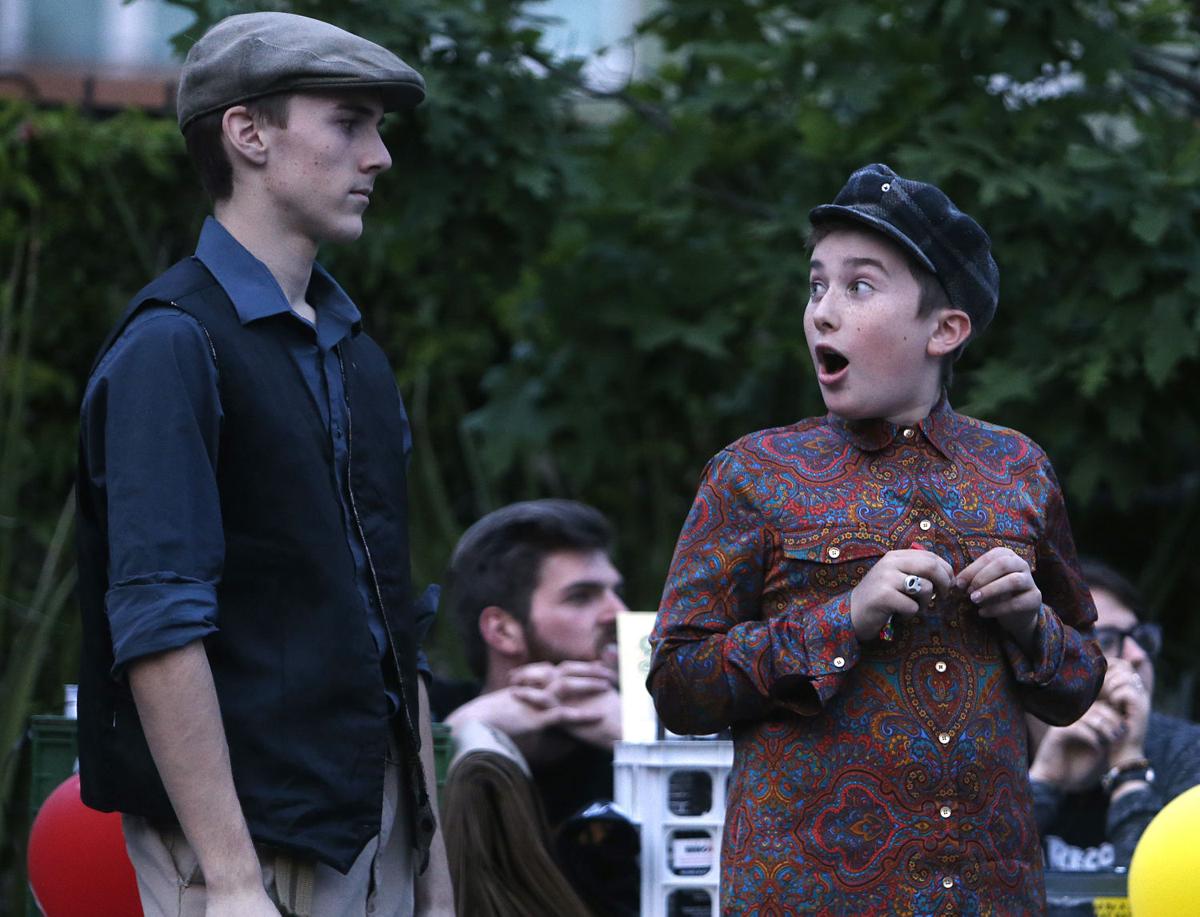 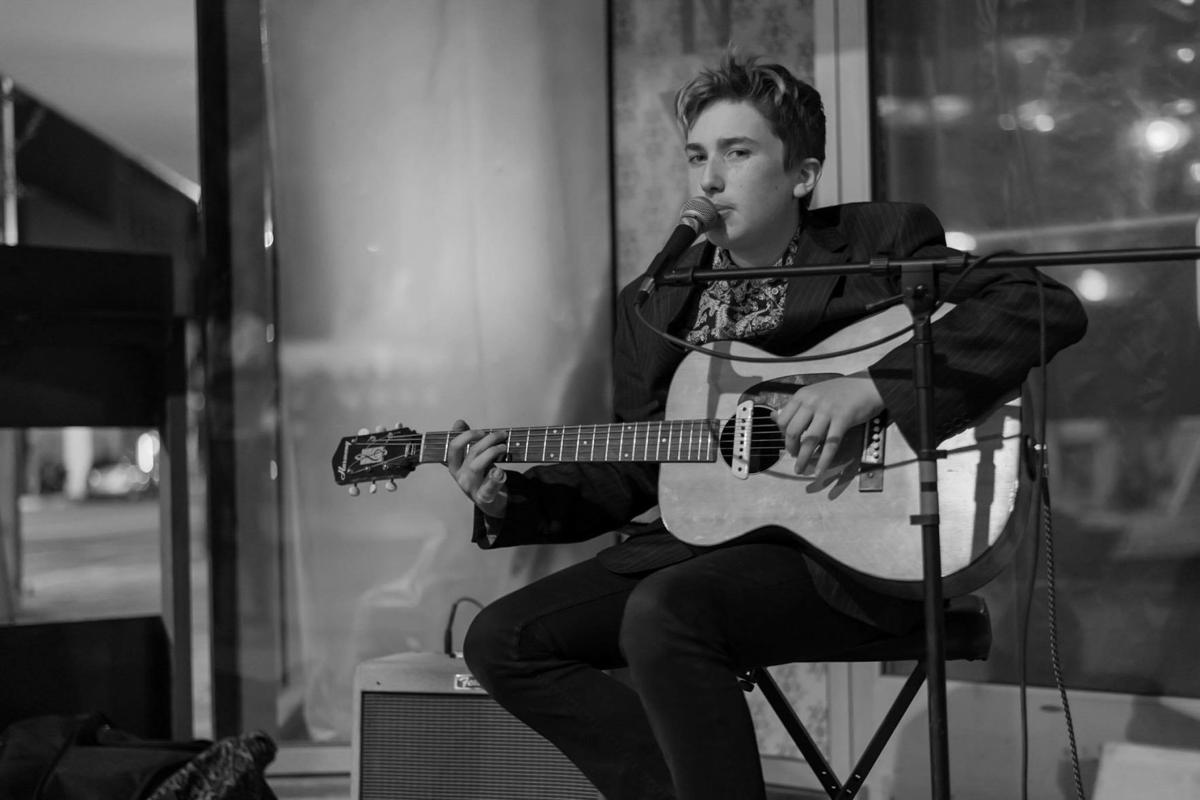 Blues prodigy Roman Barten-Sherman released his fifth album when he was 15 in 2018. 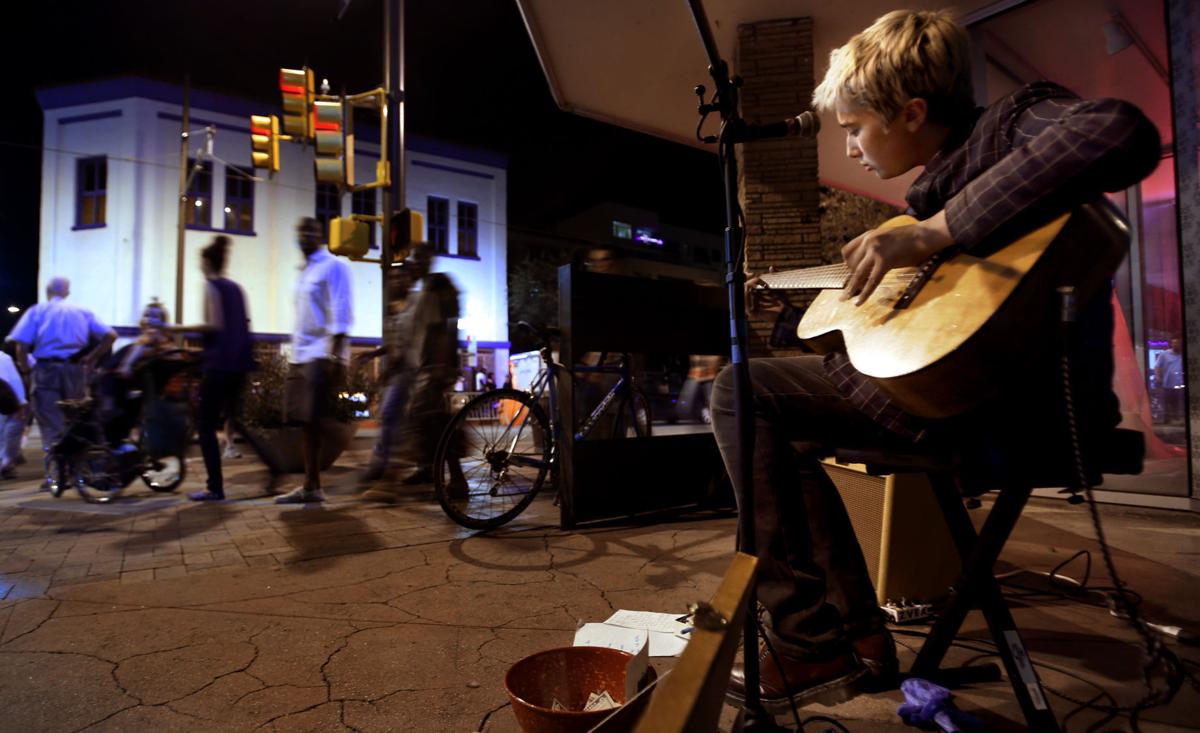 In addition to Tucson stages, blues phenom Roman Barten-Sherman played his share of Second Saturdays Downtown including busking for the passersby in 2016. 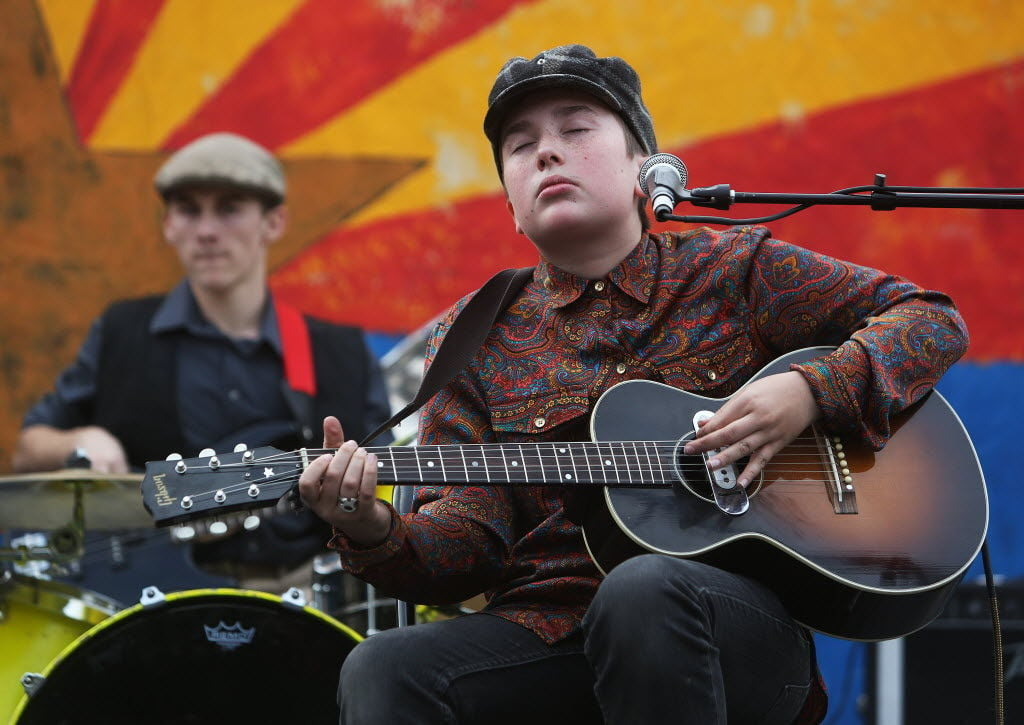 Even before Roman Barten-Sherman & The Interstellar Blues Orchestra won the Tucson Battle of the Bands, he had recorded a CD with some help from Tucson blues giant Tom Walbank.

Tucson’s blues guitar phenom Roman Barten-Sherman is all grown up.

He just graduated from high school and is heading to college later this month, but not before Tucson gives him a big old blues-blasting all-star send off.

It’s hard to believe that the 18-year-old Barten-Sherman, who has been playing blues since he was 4 years old and been a regular on Tucson stages including the Rialto Theatre and Hotel Congress since he won the Battle of the Bands at age 12, is an adult.

Barten-Sherman was still a kid, literally, when he recorded his first album of blues, released the year before he won the Battle of the Bands competition in 2015. He’s added six albums since then, including the last two under one of Tucson’s most respected and prolific bluesmen Walbank, with whom he also recorded three “Quarantine Blues” collections over 2020.